The 2020 recipient of the 12th Stockholm Human Rights Award is Hina Jilani. 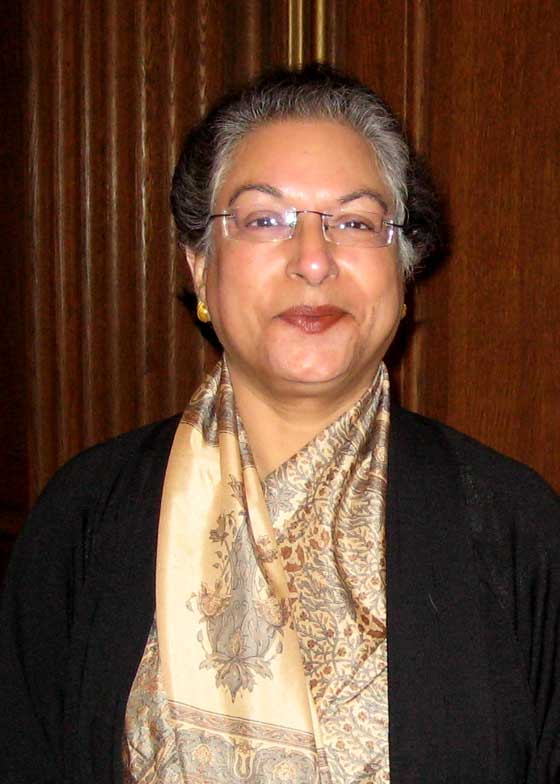 Injustices and human rights abuses witnessed first-hand sparked a lifelong commitment to challenging social norms and promoting human rights and democracy in Pakistan, and around the world, in Hina Jilani.

In 1980, Ms Jilani founded Pakistan’s first all-female law firm, providing legal aid to women. The same year she established the Women’s Action Forum, a campaign group that advocated for women’s rights and challenged the discriminatory laws with which she had grown up.

In 1986 Ms Jilani set up Pakistan’s first Legal Aid Centre, going on to conduct many landmark cases and setting new standards for human rights in Pakistan. Her focus has always been the most vulnerable sections of society. In the same year, the Human Rights Commission of Pakistan was established with Ms Jilani as one of its founding members.

The new millennium brought further achievements including her appointment as the first Special Representative of the United Nations Secretary-General on the Situation of Human Rights Defenders in 2000. A position that saw her spend the following eight years working to empower and protect those campaigning for civil rights. In 2013, Ms Jilani joined The Elders, a group of independent global leaders founded by Nelson Mandela. Their vision is to work together for peace, justice and human rights, to promote ethical governance, to resolve conflict and address its root causes and to challenge injustice. Ms Jilani’s first mission was to Myanmar in 2014, when the delegation met with government officials, the militia and civil society, calling on the warring parties to end their fighting and discuss opportunities for change.